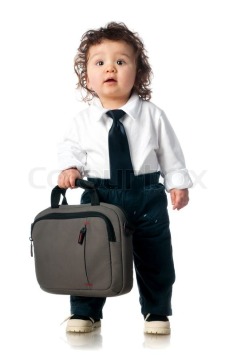 As everyone knows, owners of dogs inevitably come to resemble their pets. As the years roll by, the resemblance becomes stronger and stronger until only immediate family members can tell them apart.

This is a scientific fact.

Perhaps the same mysterious forces that cause this phenomenon also cause adults in schools to eventually act like the children they teach. Rigid rules, quite necessary for children, and the rewards and sanctions used to enforce them often form the basis of an ecosystem in which everyone in the building must live.

Heads of Department become to teachers what teachers are to their pupils. They, in turn, are ruled over by Assistant Head Teachers, who are in turn ruled by a Deputy. At the apex of the pyramid sits the all-powerful head. Outside of uniformed services, I can think of no other English system as rigidly hierarchical. Heads assume enormous power with some dictatorships benign and others, of course, much less so.

Hierarchies in schools are not necessarily a bad thing in themselves. Schools are enormous, sprawling, multi-faceted beasts and for them to function it is important that people know who is responsible for what. There may also be some value to children in the very visceral demonstration of power, control, rights and responsibilities that a school hierarchy provides; “I do what my teacher tells me, they do what their boss tells them and their boss does what the Head Teacher tells them and we all have to look after each other.”

If this a purpose of very visible and rigid school hierarchies then all well and good but, of course, we should also understand it is something of a charade. My Head Teacher is my boss at work but their control over me evaporates when I walk out of the building. They are my manager, sure, but as people and even as professionals, we are equal. Even at work their control and influence should not be authoritarian. Although I will have to follow policies even if I disagree I, of course, as a professional have the right to disagree and the right to say so. Nothing should be ‘non-negotiable’, which, incidentally is my current least favourite phrase in education.

While school hierarchies do not always operate in this way, something about school culture, formed in the behaviourist spirit of how we manage children, can easily make infants of us all. Leaders at all levels, accustomed to dealing with children for many years, can speak to colleagues in a way that would be considered completely unacceptable in any other industry. Dissent, even sensitively expressed, is easily read as insubordination with those expressing it cast as troublemakers. A real motivator for many teachers working in schools is simply, like a child, to avoid getting in trouble. Blind adherence to school policy can come to be viewed as an essential characteristic for survival.

Those higher up in the hierarchy are certainly not solely to blame for this – it is sometimes wrongly assumed that those in more senior positions will not listen, which makes teachers too quick to moan and complain privately without ever expressing their misgivings in a measured, professional manner. Because hierarchy can make any dissent feel like an act of sedition those disagree with school decisions can too quickly come to revel in their rebel status and, by so doing, miss opportunities to responsibly raise legitimate concerns. In my fourteen years of teaching I have only once got a defensive, negative reaction when I have calmly and politely raised concerns with someone higher than me in the food chain.

The results of this, whoever or whatever is to blame, are devastating. This blind acceptance of hierarchy has created conditions in which terrible ideas thrive. Most teachers are not idiots. Lots of experienced teachers were not fooled by VAK. Very few teachers were convinced by Brain Gym. Plenty of teachers are developing legitimate concerns around the unthinking, headlong rush towards full Growth Mind-set. No profession is immune to questionable ideas but in cultures in which responsible and mature debate is encouraged, bad ideas do not last as long. As any history teacher will tell you, rigid, authoritarian hierarchies stifle debate and cause many to feel there is little point in rocking the cart even when the apples in it are rotten to the core.

The infantilising effect of schools on adults can also often be seen in the way we teach each other. I am sure that many of us suffer from illusory superiority in our perception of how good we are at teaching other adults. Years of teaching children causes us to automate habits and mannerisms really not appropriate for grown-up audiences and can also lead to the regrettable dumbing down of content. Our lack of faith in each other can be staggering. Being given scholarly work to read is rare. Far more common are the dreaded pieces of flip-chart paper and big marker pens. I, quite honestly, have lost count of the number of times early in my career I drew a cartoon ‘great teacher’ who has “Big Ears For Listening and Lots of Arms Because He Is So Busy.” Occasionally, when this sort of nonsense is inflicted on me I look around the room slack-jawed and wonderingly think to myself “every person in this room has a degree.”

This sort of childish nonsense acts like Quaaludes on our profession; syrupy guff that makes real debate about anything actually important impossible. But, for whatever reason whether conscious or unconscious, this often seems to be what we as a system want; a world in which we all just go along with anything for an easier life and one in which just reading a book and talking about it to a colleague feels somehow subversive.

Schools do not have to be this way and, of course, many are not. Just because we teach children does not mean we should treat each other like them. Abandoning hierarchy altogether would almost certainly be a terrible, terrible idea, but this does not mean, behind closed doors, we cannot read, debate and form policy as professional equals.

Educating children is hard. To do it well we cannot act like them or assume childishness on the behalf of the adults we work with.

3 thoughts on “Do Schools Infantilise Adults?”